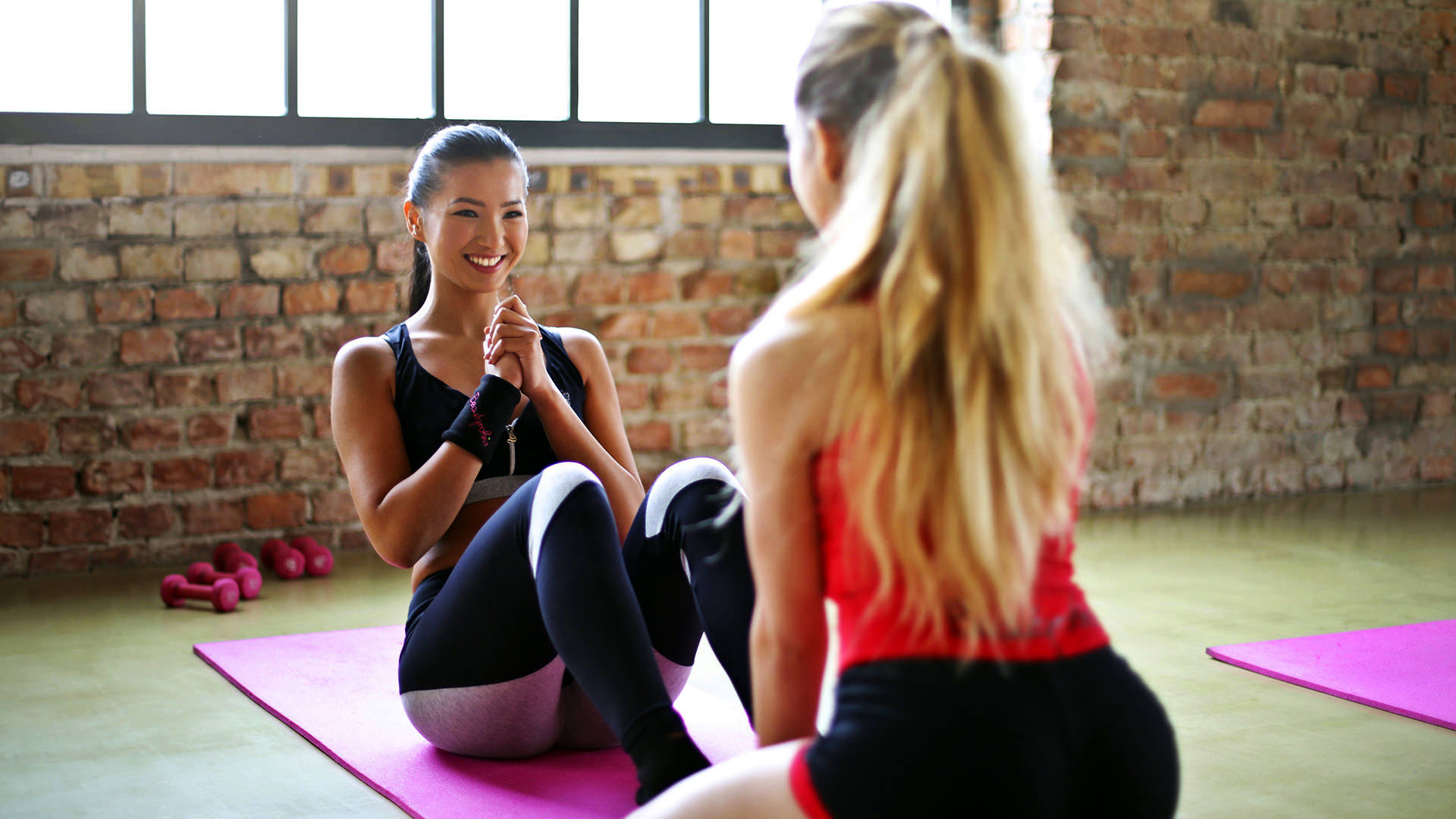 Here are 10 of our favorite women-owned activewear brands, that look as good when you work out or hang out.

Alala, named after the Greek goddess, was started by Denise Lee, who studied business at NYU and worked in fashion for years.  She had been training for a triathlon, and couldn’t find a line of activewear with an aesthetic that appealed to her.  We love how their tights, sweats, bras, and dresses allow you to transition from performance to style effortlessly.

Based in Los Angeles, Carbon38 was founded by Katie Warner Johnson, a dancer since the age of three who attended the Maryland Youth Ballet, and then the Miami City Ballet (where she met co-founder Caroline Gogolak), before going to Harvard, where she joined the Harvard Crimson Dance Team.  Caroline is now also VP of Retail at SoulCycle.  Carbon38’s signature piece is the Takara legging, with a glossy liquid finish that adds style and versatility for a sleek and streamlined leather-like look that transitions from the studio to a night out.

Based in Los Angeles, Iron Lily was founded by Izzy Seely, who set out to create high performance activewear that makes as much of an ethical statement as it does a fashion statement.  In developing countries, an estimated 250 million children are forced to work in sweatshops.  Iron Lily promotes humanity and decency in fair wages, hours, and working conditions.  In response to the eight million tons of plastic that end up in our oceans every year, Iron Lily has removed all single use plastic poly bags. Its packaging is now hand-wrapped in biodegradable tissue paper and printed using non-toxic vegetable dye.

Born out of East London, LNDR was founded by Joanna Turner, Sarah Donnelly and Donna Harris, whose purpose is to create well-made, ultra-comfortable, genuinely premium activewear you can wear everywhere, all day.  Exclusive to LNDR, your kit will arrive in a branded zip-lock silicon bag that can be used time and time again to protect the rest of your stuff from your sweaty kit. The biodegradable parcel bag is designed to be reused in case you need to return or exchange any items.  Also check out the swing tag — it’s actually a hair tie!

What makes the Lolë White Tour so exceptional? It’s not just local event, it’s a global movement. It’s a celebration that unites communities from around the world and moves them to live a healthy, inspired life. It’s a moment to (re)connect with ourselves and find harmony with nature. It’s the strength of coming together, the power of yoga and meditation, the embodiment of wellness. . In one word, tell us what you think make the Lolë White Tour such a unique experience! . . . . . #lolewhitetour #lolelife #yogaevents #yogaeverywhere #wellness #meditation #kindness #sustainablefashion #yogainspiration #communitystrong

Founded in Montreal by Evelyn Trempe, Lolë‘s approach to activewear is modern, mindful and meaningful, offering feminine and fashion-forward designs that move with you when you’re on the go.  Every garment is designed with a genuine concern for people, products and positive impact.  Lolë White Tour brings together people (all dressed in white) from communities around the world, to practice yoga and meditation during a unique moment dedicated to peace, hope, equality and uniqueness.  A donation equivalent to 20% of sales made on site will be donated to local communities related to well-being.  This year’s event is August 17, 2019.

We rise by lifting others. ✨ Steal their style in the Reptilia Twinset and Zanzibar Twinset. @corethepilatesstudio

Over 28 years ago, Lorna Jane‘s founder, Lorna Jane Clarkson, didn’t just join the Activewear category.  She invented it.  Lorna began sewing workout wear for herself while working as a fitness instructor in Brisbane, Australia. The three Lorna Jane brand icons represent the daily practice to Move every day, Nourish from the inside out, and Believe anything is possible.  There are now more than 200 Lorna Jane stores and stockists across Australia and the United States, Europe, the UK, Africa, Asia and the Middle East.  Lorna has also published books Move, Nourish, Believe: The Fit Woman’s Secret Revealed in 2011, MORE of the Fit Woman’s Secrets in 2013 and Love You in 2017.

Fashion week, it’s a marathon, so you need to spread your energy in a smart way. Hope to recharge and get some power after a yoga class. P.S. a new surprise for you: We are GIVING AWAY this cool YOGA MAT! Rules are easy: -Like this photo -Tag three friends -Follow @nokaoiofficial #NOKAOI #NOKAOIxFW #NOKAOIxMILAN #MFW #milanfashionweek

NO KA ‘OI, meaning “the best” in Hawaiian, is a design system inspired by the power of nature and created with Italy’s superior design sensibility. Founder and Creative Director Simona Finelli’s interest in wellness, art, beauty and contemporary culture has led to collections defined by color block design, an emphasis on construction, eclectic fabrics, and color.  NO KA ‘OI definitely stretches the definition of fitness, presenting a new path for bridging the gap between ready-to-wear, activewear and streetwear.

Based in Seattle, Oiselle is a by-women-for-women athletic apparel company that believes in the transformative power of sport.  Founded by Sally Bergesen, its mission is to make great product, improve the sport, and build the sisterhood.  (We can relate!)  “Oiselle” (pronounced wa-zelle) is the French word for bird, and alludes to freedom and that feeling of weightlessness most athletes know and love.  Oiselle’s charitable giving programs include its Bras For Girls Program for middle school girls, Every Mother Counts, and Girls Gotta Run in Ethiopia, to help girls and women embrace sports as a lifelong pursuit.

Are you down dog for our new collection? 📸@nordstromoakbrook #iamasweatybetty

Founder Tamara Hill-Norton grew up with an active lifestyle, but when she moved to London after university, she was dismayed by the lack of activewear for women.  So she opened the first Sweaty Betty shop in Notting Hill district in 1998.  Every collection is inspired by Tamara’s love of travel.  Sweaty Betty has an all-female design team, on a constant mission to create beautiful and technical clothes to flatter a woman’s body, especially the bum. They now have swimwear made from 78% recycled fibers from fishing nets and ocean plastic, and test everything in-house to ensure it really performs — even taking a shower in their jackets to ensure they’re water resistant.  Sweaty Betty now has 60 shops from London to San Francisco.

Only a few more XS and Smalls left in this style! We’re all sold out of Mediums and Larges, sorry! #valleauapparel

Made with love in California, Valleau Apparel was founded in 2013 by Katie Valleau, a former NCAA gymnast.  The company specializes in sports bras, shorts, and leggings.