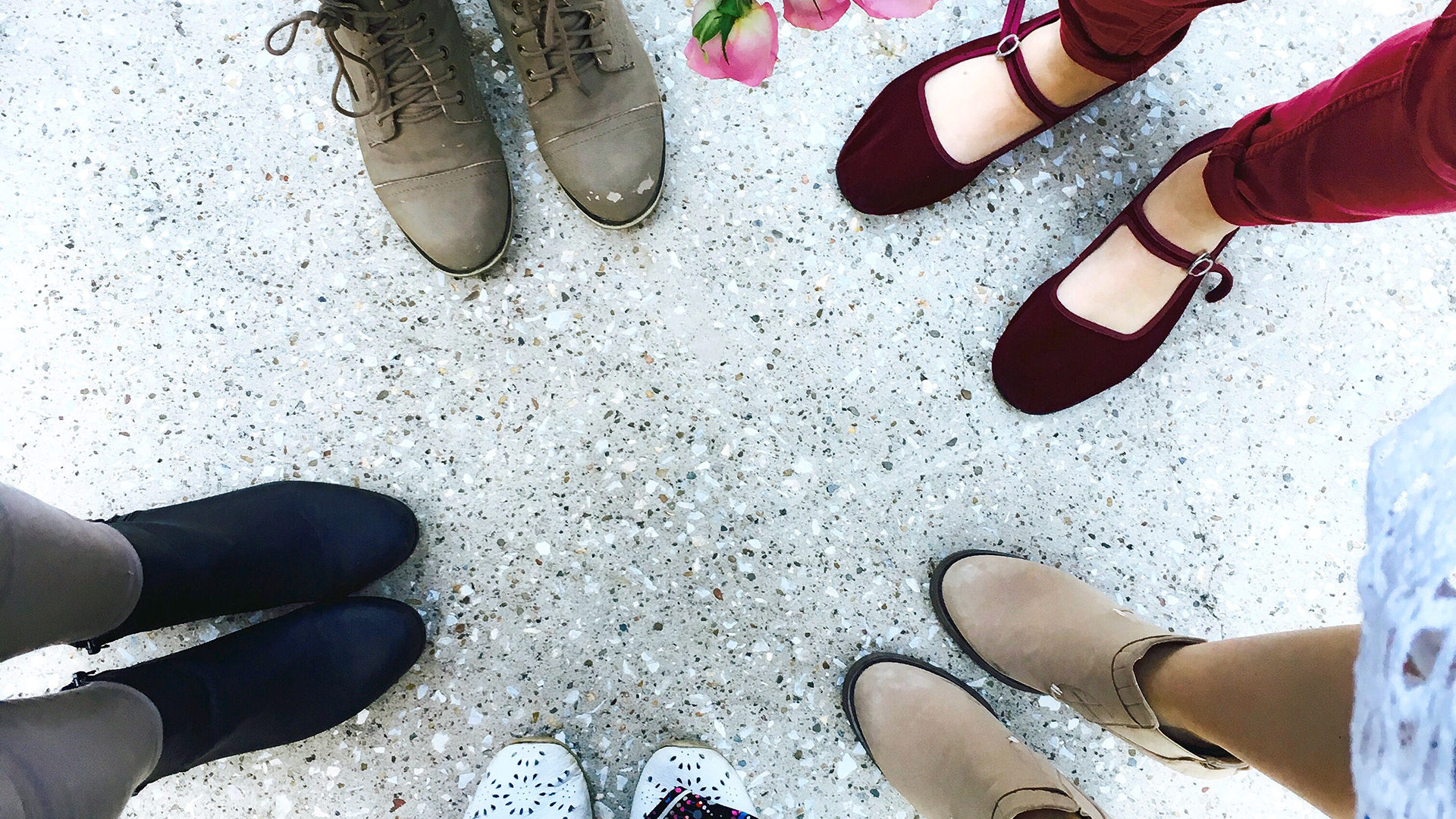 Our Hello Sister list of women-owned footwear brands.  (Think of this as our virtual shoe closet.)

Born and raised in Anchorage, Alaska, Aminah began as a professional dancer in Los Angeles, performing with some of the biggest names in music including Britney Spears and Janet Jackson. She’s appeared in commercials for Pepsi, Mazda, and New Balance, and recently performed as lead character “Crimson” in Cirque du Soleil’s BELIEVE.  After her third world tour with Britney, Aminah launched her first collection.  Aminah’s career as a dancer has taken her around the world and cultivated her eye for culture, art, design and fashion.  She hopes to continue with both of her passions and is excited to see where they take her next.  What makes Aminah Abdul-Jillil‘s designs unique is her excitement to “try something different.”

🤯the creativity of this community continues to blow my mind!!!! Thank you so much to everyone who participated in yesterday’s blitz! You give this brand LIFE. If you want some inspiration I highly recommend checking out this hashtag >> #BANGSBlitz 🌿👟✨ Maybe even like or comment on a few posts that speak to you! You never know who you’ll meet #liveBANGS || Tap photos for artist & photo creds

Though the major sneaker brands now have options designed by women, you won’t find many sneaker brands founded by women.  An exception is BANGS Shoes, an adventure inspired footwear company created by Hannah Davis to make the world a better place.  BANGS Shoes are modeled after simple work boots worn by workers and farmers Hannah discovered while teaching English in China.  The name BANGS comes from the Chinese character for “help.”  With a social mission that invests in entrepreneurs around the world, and a brand Ambassador Program focused on encouragement and connection, BANGS Shoes has found a way to transcend cultural and geographic boundaries and focus on uplifting people.

Eleanor Anukam comes to the rescue of all those who are looking for plus size 9-13 shoes for women.  After years of searching for luxury footwear with no success, Eleanor Anukam, a size 12 herself, embarked on a journey to create an eponymous line of luxury women’s plus size shoes to service this underserved population of women with shoe sizes over 10.  “I’m designing for a fashion forward lady with broadened global influences with a thirst to disrupt fashion,” she states.  Born in Houston and raised in Nigeria, Eleanor went on to travel the world.  The eclecticism and  multi-cultural aesthetics Eleanor saw heightened her sense of style.

our beautiful babouches are now on sale!

Llani, a globally-inspired shoe collection, is the result of a partnership between a seasoned shoe designer, Alana Oates, and a coterie of immensely talented artisans and craftsmen she has met while working in India. “Llani” is the designer’s childhood nickname. Llani’s slippers, flats, and slides are hand-crafted with a touch of luxurious coziness that takes the edge off your day.   The factories Llani works with are female founded or family owned, and ensure female workers have strong leadership roles.  Beading, trims, and motifs are delicately created by hand.  Alana says a sense of feeling at home is important to her customer.  Llani slippers, flats, and slides give her that comfort of home, from anywhere — at her desk, on the plane, or running to the florist.

Meet the Loafer — A timeless silhouette reimagined through our signature focus on comfort and fit. With three widths and an extended size range, there’s a pair for everybody (and every body) ✨ Tap to shop.

Co-founders Alex Buckley and Sarah Pierson started Margaux to meet their own search for beautiful, wear-everywhere shoes.  As they began designing, they realized that with fewer size options available to women, most cannot find their perfect fit.  So they decided to build a brand where universal sizing is a foundational principle, and to offer an unparalleled size range, width options, and a pioneering made-to-measure solution.  Now there’s a perfect fit for everyone.  Take their “Fit Finder” quiz.

The Office of Angela Scott

With nothing more than her love of footwear and a penchant for traditional craftsmanship, designer Angela Scott dove feet first into the world of shoemaking, learning on the factory floor.  So where does the name come from?  The Office of Angela Scott represents the collective power of all women, with  the belief there is beauty in a woman’s strength and confidence.  From elegant brogues to edgy Chelsea boots, The Office of Angela Scott’s shoes are constructed with impeccable craftsmanship and clever tailoring for a woman.

‘Bonnie’… the dreamiest of sunsets 🌅 Shop with #SophiaWebster

Sophia Webster shoes take a sophisticated approach to feminine designs.  Hand-drawn in her East London headquarters, Sophia Webster’s signature aesthetic is translated across the label’s entire shoe collection, from heels to flats, to espadrilles and sneakers.

Having earned press and praise from Forbes, Bloomberg, and Fast Company, it’s easy to overlook soleRebels‘ humble origins.  Founder Bethlehem Tilahun Alemu started in a workshop on her grandmother’s land in a small village near Addis Ababa, Ethiopia.  But the vision to create, grow, and control a world-class footwear brand that would also generate opportunities and prosperity  for workers in the community to create was ambitious and revolutionary.  Unlike mass produced footwear, soleRebels proudly hand-crafts everything in its footwear, including hand-loomed textiles.  All of its b*knd vegan styles are for everyone who cares deeply about what they wear and doesn’t want any animal0related products in their footwear.

Zvelle Founder Elle AyoubZadeh’s creative journey started in Shiraz, Iran, a city of poetry, flowers and art.  She grew up in Dubai, at the crossroads of the old and new worlds, before moving to Nelson, New Zealand, a small coastal city known for art and natural beauty.  Her love of global culture brought to her Sydney, where she started her career before she moved permanently to Toronto in 2007.  She frequently uses the Persian symbol for five (panj, representing the five cities that have influenced her) to create unique shapes and patterns.  The influence of global architecture is evident in her silhouettes, where she combines bold, striking contours with playful, Eastern-inspired lines.  As a global nomad herself, functionality is always important and her shoes are designed to fit the modern woman’s lifestyle.Diversity is core to her values. She is always questioning norms and finding new sources of inspiration inside and outside of fashion.  From international roots, Elle is writing Zvelle’s international story.