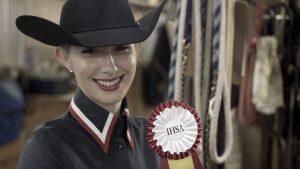 Founded in 1963 as an independent, Catholic University by the Most Reverend Walter W. Curtis, Bishop of the Diocese of Bridgeport.    SHU is the second-largest Catholic university in New England and was the first in America to be led and staffed by lay people.  The Princeton Review includes SHU in its The Best 382 Colleges: 2018 and Best 267 Business Schools: 2018 and U.S. News & World Report recognized SHU as one of the most innovative universities as well as one of the best universities in the North in its newly released guidebook, Best Colleges 2018.  SHU has been selected for membership in the 2017-2018 Colleges of Distinction, among approximately 375 colleges and universities in the country recognized for outstanding student engagement, great teaching, vibrant communities and successful student outcomes.The 2017-2018 student body is made up of 8,543 total students: 4,982 full-time undergraduate students, 621 part-time undergraduate students and 2,940 graduate students. Students hail from all 50 states including District of Columbia and over 30 countries.  The top four states in which first-year undergraduate students, or first-time-in-college freshmen, and their families permanently reside are New York, Connecticut, New Jersey and Massachusetts.  The Chronicle of Higher Education examined student enrollment at 111 Catholic schools from 2004 to 2014 and ranked SHU one of the fastest-growing Roman Catholic colleges in the country. Out of the 111 institutions in the publication’s master’s category, SHU ranked 10th for growth.