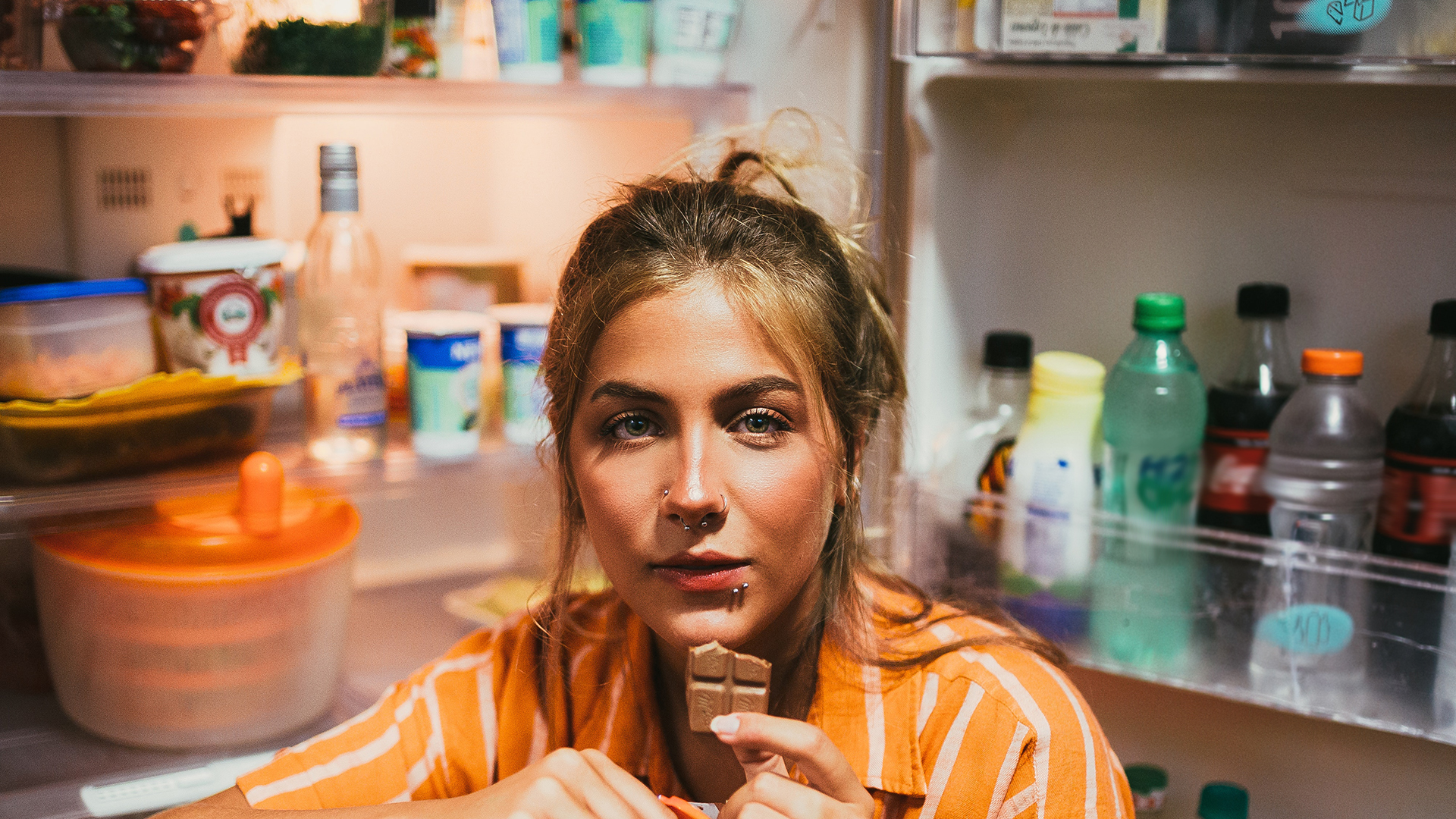 Founder Justine Pringle Laird grew up in South Africa, where an affectionate name for little kids is “Nunu.”  Now based in Brooklyn with husband and co-owner Andy, Justine and Nunu Chocolates believe the world is a better place when chocolate is involved.  Nunu uses a single origin cocoa bean derived from a Trinitario and Criollo hybrid sourced from a sustainable family-run farm in eastern Colombia.  Justine was named one of the “Ten Best Chocolatiers in North America” by Dessert Professional Magazine. 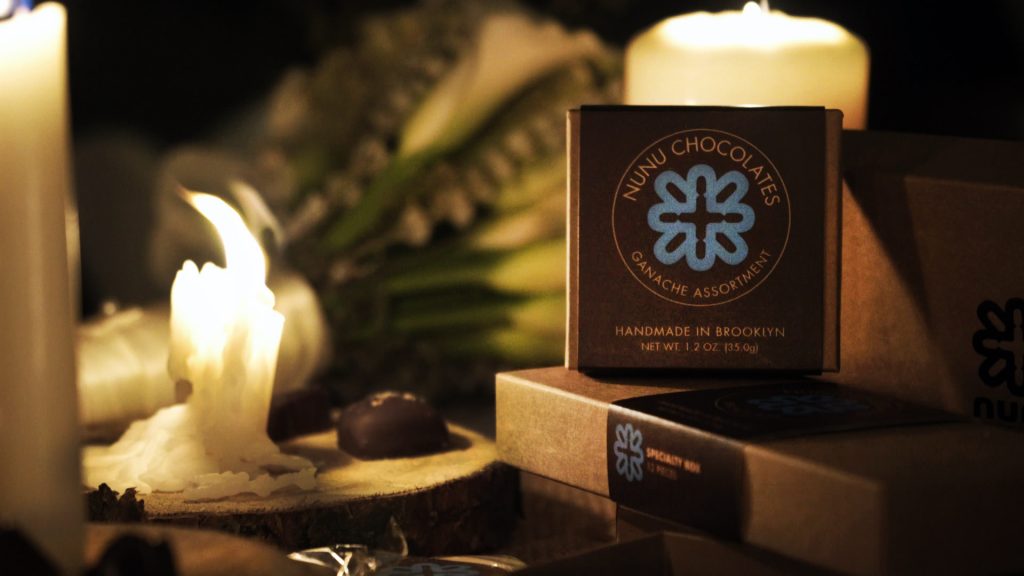 We recently enjoyed Nunu Chocolates at a friend’s wedding.

The big question is whether you are going to be able to say a hearty yes to your adventure. #josephcampbell custom illustrations by @elanagabrielle

Located outside Eugene, Oregon, Map Chocolate Co. is the muse of Mackenzie Rivers, who discovered a profound curiosity about chocolate (good chocolate) and how it is made, when given a chocolate chicken made from wild crafted beans from Bolivia.  If you want to learn how, too, Map Chocolate Co. offers bean to bar workshops. 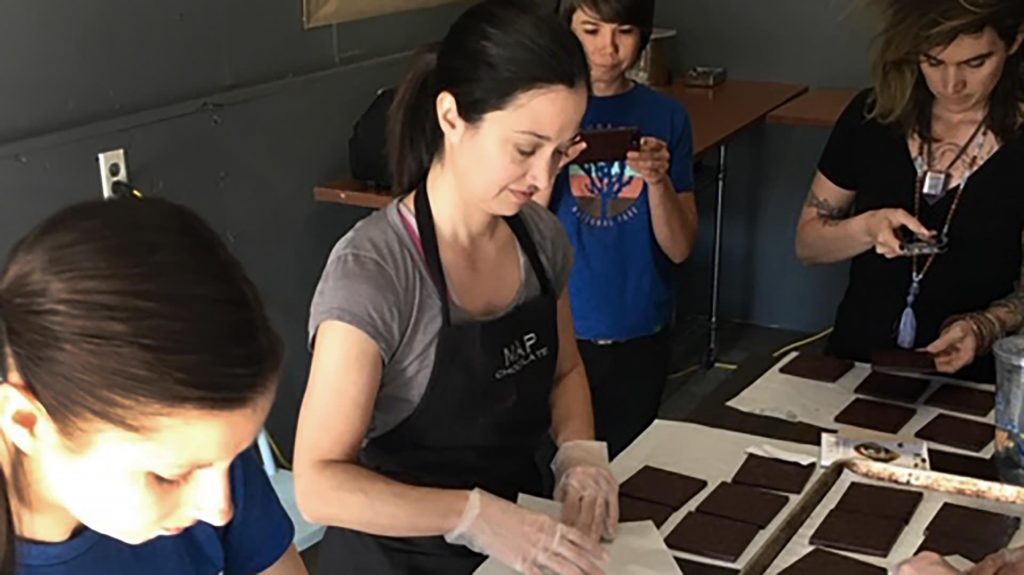 Askanya Chocolate was started by Corinne Jochin-Sanon, a University of Michigan Engineering graduate who returned to her native Haiti after 10 years working for U.S. corporations.  She wanted to provide jobs for working class Haitians.  See the video below to learn more about her story.  The packaging was designed by NYC-based Haitian-American illustrator Marlie Décopain.

Our founder and chocolatier, Katrina Markoff embarked on a journey 20 years ago that would forever change the way we imagine chocolate. @katrina_markoff continues to be inspired by her travels and her passion to source the finest ingredients around the world. Vosges Haut-Chocolat has sought to open minds and palates through chocolate. Join us as we share Katrina’s journey with you, and encourage you to ignite your own. #journeyjourney #vosgeshautchocolat #katrinamarkoff

Three things first attracted us to Katrina Markoff’s Vosges Haut-Chocolat: 1) The brand’s gorgeous packaging, 2) The company’s base camp of Chicago, where the idea for Hello Sister first began and where we still have dear friends, and 3) and Vosges Haut-Chocolat’s theme to Travel The World Through Chocolate™.  A graduate of Vanderbilt University, Katrina moved to Paris to study culinary arts at Le Cordon Bleu. Katrina was named one of The Top 100 Most Creative People in Business by Fast Company, and was also honored as Woman Entrepreneur of the Year by OPEN American Express and Entrepreneur magazine.  More recently, the company was named one of the 10 Best Chocolatiers in the World by National Geographic. Vosges Haut-Chocolat’s manufacturing facility also runs on 100% renewable energy, and uses packaging made of 100% post consumer-recycled material.

Our list of favorite women-owned chocolate brands could not possibly be complete without one from actual sisters!  Ghana-based ‘57 Chocolate was co-founded by sisters Kimberly and Priscilla Addison, who realized that though Ghana grew the main ingredient in chocolate (cocoa), it produced very little chocolate itself.  The name is short for 1957, the year Ghana gained its independence.  We also love the use of Adrinkra symbols as shapes for the chocolate.  Adinkra symbols represent admirable traits, concepts, or thoughts like (below, left to right) Harmony, God’s Blessing, Femininity, Wisdom, and Knowledge, or even one fitting of sisters working together, like Two Heads Are Better Than One.